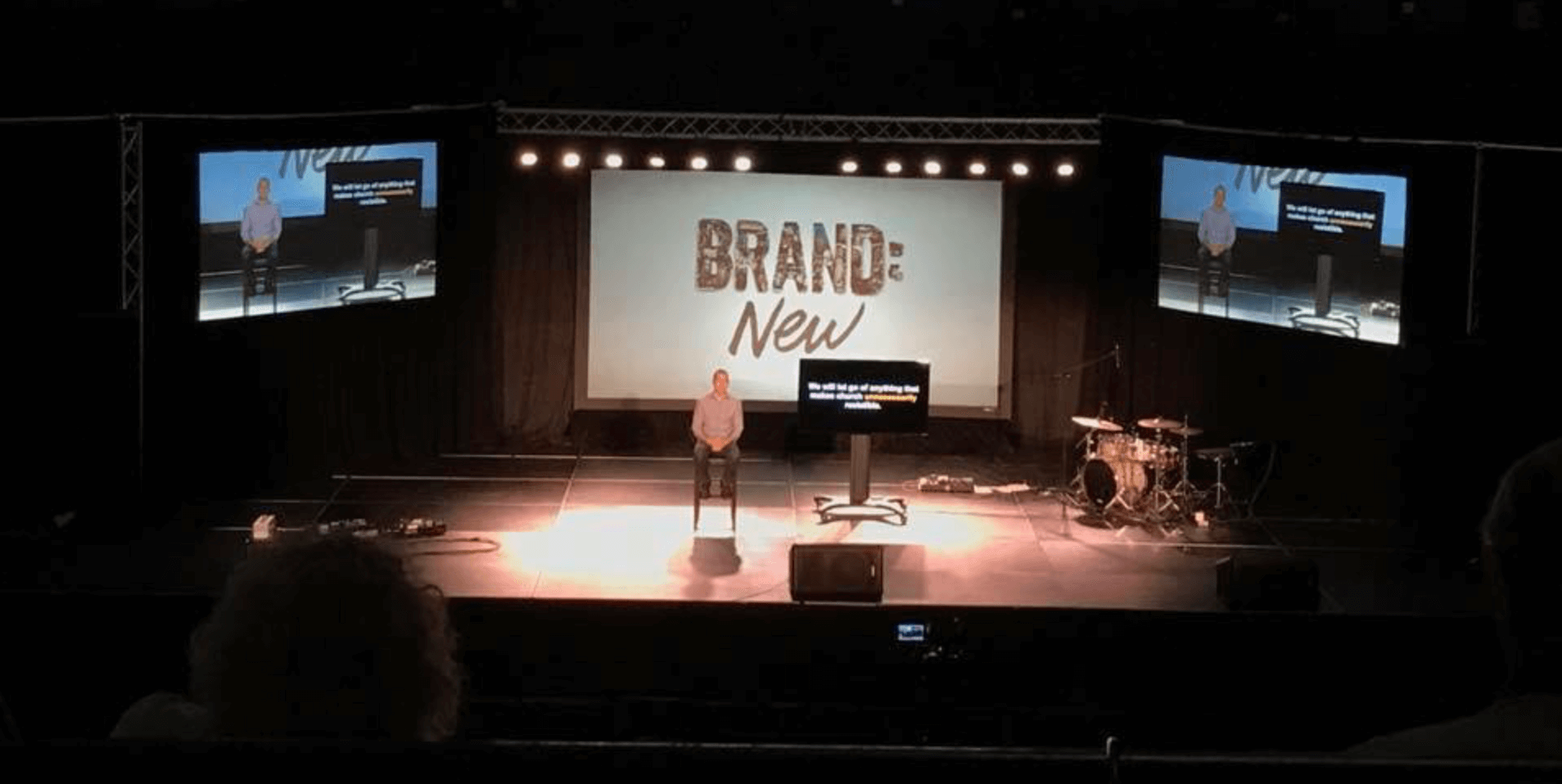 Big Vision in a Small Town

Big Vision in a Small Town

For 11 years, Journey Church met in the campus student center in the college town of Murray, KY. Journey had grown steadily 15% each year until one day, there was no more room. They were out of adult space, out of children’s space, and out of parking space as well, and they were limited to one service. Pastor Matt Johnson commented, “Even after 11 years, the leadership and volunteers still had momentum. But we had this mindset, no money for a facility and no facility available.”

There was a large arena on campus, one that seated 8,500 people. But it was so large, there was no way they could make that work, and no way they could afford it. Journey Church was out of space and out of ideas.

The Intentional Churches team arrived in May 2016 to lead the Journey team through an Intentional GrowthPlan (IGP), a plan that would have Kingdom impact for Calloway County where Murray is located, and a plan that would ultimately fulfill Matt’s bigger vision of reaching the surrounding counties in the next five years.

In only two days, the team agreed and committed to their #1 WIN (What’s Important Now), to Find a Solution for Space Constraints. They would need a short-term solution and a long-term solution. Matt commented, “IGP triggered something in us – a new season of momentum. Our teams moved fast executing every WIN within six months!”

Motivated by the IGP, Matt and his team made the courageous decision to take another look at the arena on campus. “We decided, let’s just test it. We can return to the Student Center if necessary,” Matt said. So for four weeks during the months of Oct & Nov, Journey Church moved its 450 people into an 8,500-seat arena. “One thing we knew, even though the facility was large, many in the area had attended games there, so it was very familiar and not intimidating to most in the town.”

A Seat for Everyone

With little persuasion, the church rallied around this exciting decision and immediately began spreading the word and inviting others. Journey held a 30-day prayer focus and themed it “A Seat for Everyone.” With 8,500 seats, each seat represented three people in the county who were not attending church. As part of the prayer focus, Matt asked church members to write down the names of three people they’d like to see there. Behind-the-scenes, Journey quickly raised funds for the new A/V equipment required for an arena, an arena they only planned to occupy for four weeks. It was definitely a courageous step of faith by the Journey team, and only God could have orchestrated the days leading up to the move.

“The Saturday night before our first Sunday, we held a vision night and offered tours of our new, but temporary, church facility, with 5-minute stops in each environment. The next day was unbelievable! In fact, during the next four weeks, we experienced our four highest attendance weekends ever. It was amazing!” Matt said.

In January, Journey made a permanent move to the arena and experienced a 45% jump in attendance when compared with the previous year. And along with it, an increase in generosity of 18%. At this writing, the Journey has already maxed out their kids’ space which has accelerated their search for another permanent location.

The Intentional Churches team is celebrating Journey Church and their unwavering faith in action, and we look forward to helping them accomplish their 5-year vision as they continue to fulfill the Great Commission.

Jan has served in ministry for over 15 years in a variety of roles. With a degree in business, she enjoyed a career that God used to equip her for the church with a focus in administration, planning, and special projects that impact eternity. Jan lives in Florida with her husband, Anthony.